The Battle of the Bastards

Not much of a match. Ramsay’s never seen shit a day of his life, Jon lived in it for years. Of fucking course Ramsay is a bitch in the end with no hope of winning. It’s purposeful to show Ramsay all primped and clean, watching from a distance in contrast to Jon drowning in bodies covered in blood and sweat and tears. That’s been his whole life, Ramsay. Playing at war from a table or from a horizon, like he’s playing with toy soldiers. Meanwhile, Jon is one of those toy soldiers. A toy soldier that’s done playing games. Ready to teach a spoiled little bitch the lesson of life. 21 times. Before being claimed by north-lite.

Ramsay: I have an Army. Jon: We have the medieval equivalent of the Hulk.

3:32 ramsay enjoys pain he looks like he nutted, plus when him he has sex he likes to be cut with knives

I liked that giant

Punching Ramsay like that is why I love Jon Snow.

He beat the brakes off that fool

Agreed!! Each deserved a lot worse than they got , but it was still satisfying.

at 2:35 i don't understand why ramsey didn't shoot jon in the head, jon had his head turned and his attention to the giant. His head is a larger target than the giants eye.

People say Ramsey wasn't a coward but he was he only fought when the numbers were in his favor or he had someone that was scared of him I think Then would've took him had he not broke him first.

I would have loved to have seen Jon beat the living shit out of Ramsey’s father as well, you know the guy who literally put a knife in Rob Starks heart.

This is the kinda satisfaction that was missing in S8, imagine if they made him and John actually throw down

The Crow of Yharnam

Couldn't have happened to a nicer guy.

When Wunwun pulls his wrist while the arrow is stuck within, damn it's painful even for a giant

21 of the most satisfying punches imaginable. And yet, somehow, it also feels like 21 too few.

Ramsay: I can siege up Jon Snow: Meet my giant

Those are some huge arrows lol

Ramsay got off to easy !

Lady Walder and her baby send their regards

"there armies gone" ermmmm see those thousands of blokes on horses from the vale....yeah, who wrote that line?

I have a question. How the humans keeping pace with the giant when he is running?

This is the one scene where Jon Snow was super hot. He is like a kicked puppy most of the time. But here, he was in full beast mode.

God I forgot how good this show used to be

I feel like ramsay would have killed jon with that arrow

Turned him to a real meat bag 😂

None of this sanctimonious, “he’s not worth it” bullshit. Just get in there and punch the ever loving fuck outta him.

The look in Jon Snow's eyes when he sees the fear in Ramsay Snow...the senses the retreat and is so close to vengeance...it's sheer brilliance of acting and film directing.

“Come and see” these fists boy

21 punches in the face probably would of killed him. if you've been punched decently even once you know that shit has an effect. 21 is an awful lot.

There's something that I love in the fact that this is the ONE single time in the series where Jon lets out a full on rush of sheer animalistic rage, and man oh man did Ramsay deserve it! Yeah, he had executed people in the past and fought lots of people, but he never got any catharsis out of it; it was always something he had to steal himself to do, even with the people who had just taken turns stabbing him to death. But Ramsay? With Ramsay he was just like "okay, now you've pissed me off to such an extent that, screw any weapon, I am bashing your face in with my bare. hands. and enjoying every second of it!" And as much as I love that Jon was always so specifically NOT ruthless and never enjoyed violence, this one exception to that was just so well earned that it's cathartic for me as a viewer also xD

The Crow of Yharnam

Not a good acting. Ramsay should felt back instead of just stayed there when Jon was coming

Someone PLEASE use this to make a video for Sick Puppies, "You're Going Down" . It would be the perfect mashup. "When my FIST hits your FACE, and your FACE hits the FLOOR!!!"

When he looks at sansa, thats when Ramsay takes the knife outta his boot and stabs jon in the throat.

How did Wun Wun come all the way to the front that fast????? He was way in the back at 0:07 then BIM RIGHT NEXT TO JON

Wish he could’ve done this to Roose Bolton as well.

After knowing what he did to Sansa and just because he’s a piece of shit, that must have been pretty fun for Jon to do.

My poor Ramsay ( best character ever with Arya Robb and Dany😍)

Ramsay : No please! I was paid by "Insert powerful villain of game of thrones here"! I will give you what I was paid! *stardust crusader start playing* Jon : Yare yare, you are really the lowest, what you own cannot be paid with money! ORA ORA ORA ORA ORA ORA ORA!

3:09 When you realize that Jons got this and you don't need to back him up anymore. 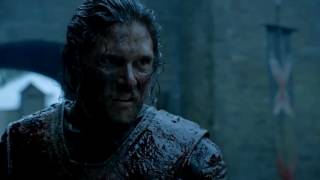 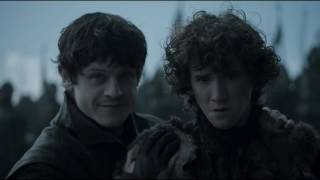 GoT - Battle of the Bastards - Jon Snow y Rickon Stark 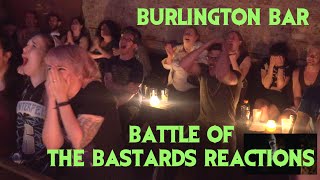 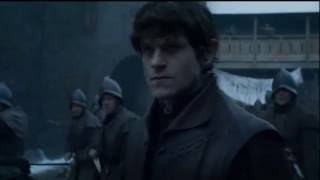 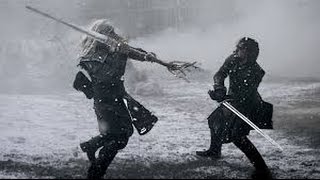 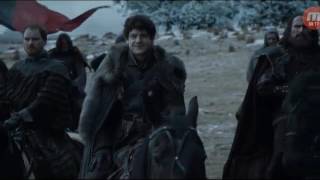 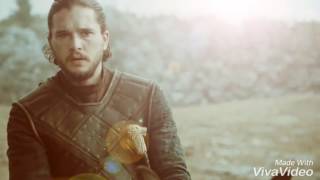 Game of Thrones 6x04 - Jon Snow and Sansa are reunited

Battle of the Bastards. Part 2 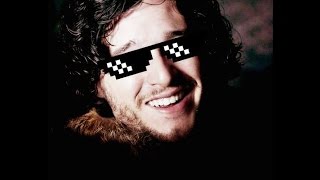